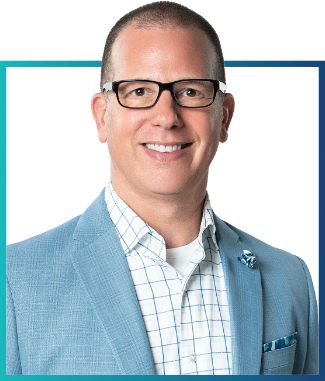 Eric Levitt has worked in the automotive industry for over 33 years.   He grew up watching is mother operate a successful leasing company in a male dominated industry establishing his enthusiasm for the business and commitment to improving the automotive stereotype.

Eric thrived in the dealership environment and quickly excelled through the ranks becoming a top performing sales manager.  In 2004, Eric was the top candidate and obvious choice to join the team of Pfaff Porsche as their New Car Sales Manager which Farid Ahmad recruited and placed through Dealer Solutions.  After running the number one sales department in the country and owning 25% market share for Porsche Canada, Eric was promoted to General Manager where he oversaw the operations for the entire dealership.

During his time with Pfaff Porsche, Eric graduated from the National Automobile Dealers Association Dealer Academy for their General Management program in 2008.  This is where he met his wife and business partner, Katie Naughton, attending the same class.

Not long after graduating, Katie and Eric decided it was time to venture out and purchase a dealership of their own.  They enlisted the help from Farid Ahmad and DSMA to help source an available asset while advising them of the purchase process.  With Farid’s assistance, Katie and Eric purchased 401 Dixie Kia in Mississauga, Ontario.

Katie and Eric owned and operated 401 Dixie Kia for over 9 years before they approached Farid and DSMA to help sell their dealership.  With thriving market conditions, they felt it was an opportune time to take advantage of high multiples.

Throughout his career Eric was a member of the Porsche Canada dealer council, served as the Chairman of Kia Canada’s Dealer council and an Executive Board Member for the Trillium Automobile Dealers Association, and was a CADA Laureate Award nominee.