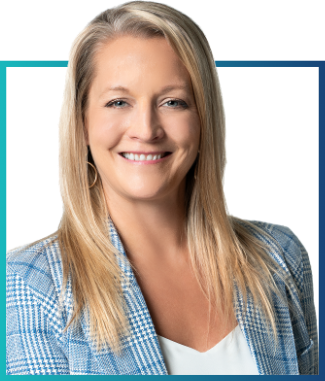 Katie Naughton has a long-standing family history within the automotive industry growing up in the business watching her father and uncles own and operate dealerships in Denver, Colorado and across the United States.  Katie’s grandfather, John Naughton, was also Vice- President of Ford Motor Company and Chrysler working closely alongside Lee Iacocca.

In her teens, Katie spent time working various jobs at her father’s dealership, Mike Naughton Ford.  After earning a degree in Journalism and Mass Communications from Kansas State University, Katie found her true passion in automotive and joined her father full-time, where she worked in sales and, later, as his general manager.  Katie enrolled in the National Automotive Dealers Association Dealer Academy General Management course where she met her now husband and business partner, Eric Levitt.

After graduating from the NADA Dealer Academy in 2008, Katie managed Mike Naughton Ford for two years before making the decision to move to Toronto, Canada.  In 2013, Katie and Eric enlisted the trust of Farid Ahmad and DSMA to help facilitate the purchase of their first dealership.

Katie and Eric owned and operated 401 Dixie Kia for over 9 years before they requested Farid and DSMA to help sell their dealership.  With thriving market conditions and profitability at an all time high, they felt it was an opportune time to take advantage of high multiples.

Throughout Katie’s career she served on the board for the Women & Automotive Leadership Forum, and the Trillium Automobile Dealer’s Association Women Driven, was recognized as a 40 Under 40 Honouree, and was a CADA Laureate Award nominee.

Katie hopes that having been a Dealer Principal will inspire other women to pursue careers in the retail auto sector.